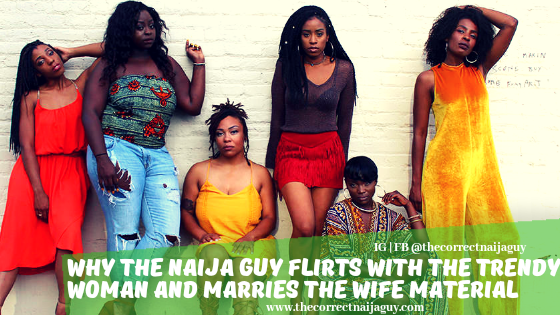 The kind of woman the Naija Guy would like to be with depends on his individuality when it comes to the physical appearance of the woman, his age, the type of relationship he wants; whether it's a causal or serious relationship and on the time limit; is it a short or long term relationship. Based on his preferences, he goes for one and deep in his heart, he knows when he finds the right person.
At tender age, the Naija guy might go for any woman who is available to date just because everyone else is in a relationship but as he grows older, he gets aware that it's not just about the fun of dating. Here he soughts a woman with whom he is going to spend the rest of his life with. So there's need for caution, monitoring and evaluation. He needs be very watchful so that he doesn't end up with the wrong partner.
In Nigeria, the description "wife material" is used to define a woman who is physically, mentally, spiritually and at times financially fit for any man to marry. The search for the "wife material" is done mostly by men who are really ready to settle down while men who still want to catch fun would rather go for the "trendy woman".
The "trendy woman" in this context simply refers to the woman who lacks the basic qualities a man looks for in a wife. One should note that the trendy woman is not necessarily the opposite of a wife material. Trendy women, one way or the other are not able to make a man see them as a suitable wife. It may be her character, it maybe her inability to keep a home. Just something is lacking in her.
So why does the Naija Guy flirt with the trendy woman and marries the wife material? 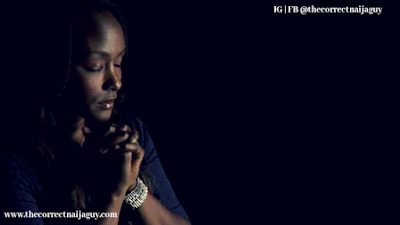 This is the first and most important factor, a correct Naija guy looks for in a woman. Although the man is considered the head of the family, the role of the woman in the family is the most fundamental. The woman possesses the same powers the queen of the chess board posseses. So she needs to be spiritually equipped to defend her family in prayers. Mind you, her prayers are very very effective. Her prayers are capable of calming the storms in the life of a her husband and kids. Eventually she won't compromise her moral standards for anything. So it's either the Naija guy does the right thing or he leaves.
On the other hand, the trendy woman may decide to compromise her moral standards in the name of saving the relationship. Of course she will, because she doesn't stand for anything hence she falls for anything. This sets a ground for the Naija guy to trade on. Most times he engages her into some things which may not be right but for the fun of it, the trendy woman let's the ball to roll. The Naija guy flirts with her in all ways and knows he can't end up with her. 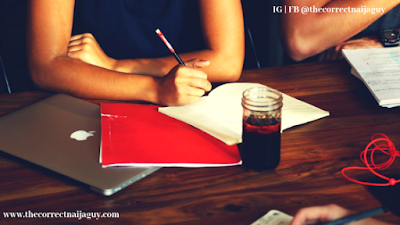 A "wife material" woman is a producer. She knows how to keep a home and also understands the science of managing finance. A correct Naija guy feels happy to know that he has a woman that can manage his home in his absence. She takes care of every little issue that comes up at home and relates bigger issues to her man when the need arises. This gives the man the time to concentrate on very important challenges both at work or at home. All he needs to do is to supply funds because this woman will definitely use it well.
Meanwhile the trendy woman is typically a consumer. She lacks what it takes to keep a home and she doesn't understand the science of money. She finds it difficult to differentiate between needs and wants. She often places her wants before her needs. Well, she can't be blame either, because she is trendy, she needs to keep up with fashion, latest gadgets and the fancy lifestyle. All this most times to impress friends, her followers on twitter, instagram, snap chat and facebook. Unfortunately even if the Naija guy keeps supply her with funds, he knows that she can't handle stuff responsibly, she will end up been a liability. Naija guys sometimes referred to them as "beautiful nonsense". 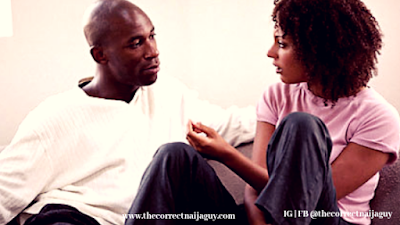 When a Naija guy can trust his woman enough to talk about things that run through his mind then he was found himself a wife material woman. These women are always ready to listen and suggest very good solutions to tackle the situation because they have brains. They pay good attention to their man and know whether he is alright or not just by looking at him.  Such women can really be of great help to the Naija guy. Even when both of them have conflicts, she has a way of calming the situation down rather than shouting and fighting which can worsen things.
It's hard for a Naija guy to trust a woman who hardly listens or even say anything constructive to help the situation. These kind of women are most times all about themselves. "Boo, I want this, I want that", they don't even care to look at their man to know if he is find or not. It's about themselves and always complaining. When there's a conflict, these women handle it very badly. 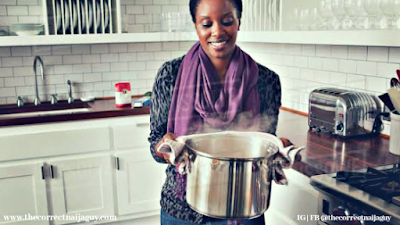 Nothing feels good like having a well cooked meal when you return home. Most Naija guys will agree to this. She needs to have exceptional cooking skills. Note that her cooking skills are not made to impress everybody. Once it is good for her husband, it's acceptable. Good mothers will always encourage their daughters by giving them certain secret recipes that she will use to get the man. "the way to a man's heart is through his stomach " as the popular say goes. Maybe that's why the popular Nigerian artist Davido is so in love with his girlfriend Chioma who happens to be a chef.
On the other hand, trendy women don't really love cooking. They say it is too stressful and will suggest junks or meals from fast food restaurant. What's the need for the Naija guy to rush home when he knows his woman will suggest they go out for food? Well he will just leave work for the fast food meals, probably get a drink and stay out late just because he has nothing to motivate him to get home immediately after work.

5) She has a good character 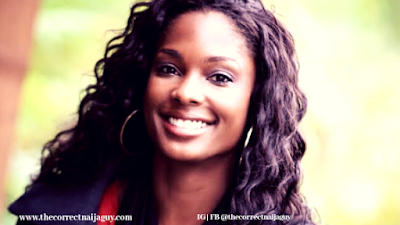 Character matters a lot. The wife material should be of a very good character. She needs to be very welcoming, caring and submissive to not only her husband but everyone she meets. She treats everyone in a delightful manner irrepestive of the social status, belief or tribe. Everyone that gets in contact with her would always give a positive remark about her.
Trendy woman may not have issues with their character. They may as well be good to their man but very disrespectful to any other person. They are always trying to compete in a very negative way with others. Most people that come in contact with her would be irritated or dissapointed. They fail to understand that being real does not mean you should be disrespectful.

Conclusively every woman is a wife material but most women fall for trends instead of values especially the African Nigerian women. As we compare the wife material woman and the trendy woman, it's important that the Naija Guy also needs to thoroughly work on himself. You don't put new wine into old sacs. Both need to be new, clean and branded. " Am I the kind of man I would love my daughter to marry?" If every Naija guy can sincerely answer this question then he will know whether he fits the "wife material" woman or the "trendy woman".